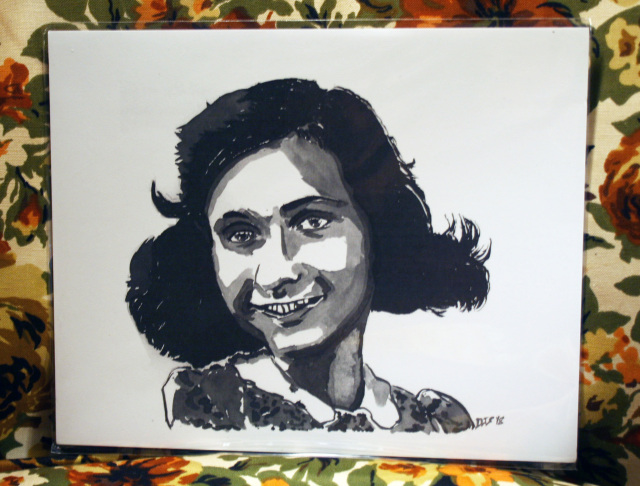 (Author of The Diary of Anne Frank)

Anne Frank was a German-born Dutch-Jewish diarist. She is one of the most discussed victims of the Holocaust. She gained fame posthumously with the publication of The Diary of a Young Girl, in which she documented her life in hiding from 1942-1944 during the German occupation of the Netherlands in World War II. Her father, the only surviving member of her family, led efforts to its original publication in 1947. It was first published in English in 1952 and has since been translated in over 60 languages.

After the completion of the Coco Chanel image, I was inspired to KEEP GOING with women that inspired me.