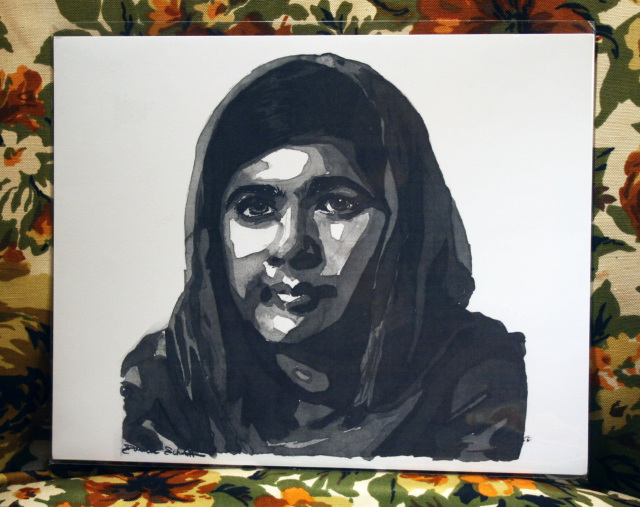 Malala Yousafzai is a Pakistani activist for female education and the youngest Nobel Prize laureate. She is known for her human rights advocacy, especially the education of women and children in her native northern Pakistan, where the Taliban had at times banned girls from attending school. In 2012, a Taliban gunman shot her in the head with a bullet in an assassination attempt in retaliation for her activism. Following her recovery, she founded the Malala Fund which offers education for girls aged 14- 18 years and in 2013 co-authored I Am Malala, an international best seller.

Malala is also featured in the Teenage Activist Zine.