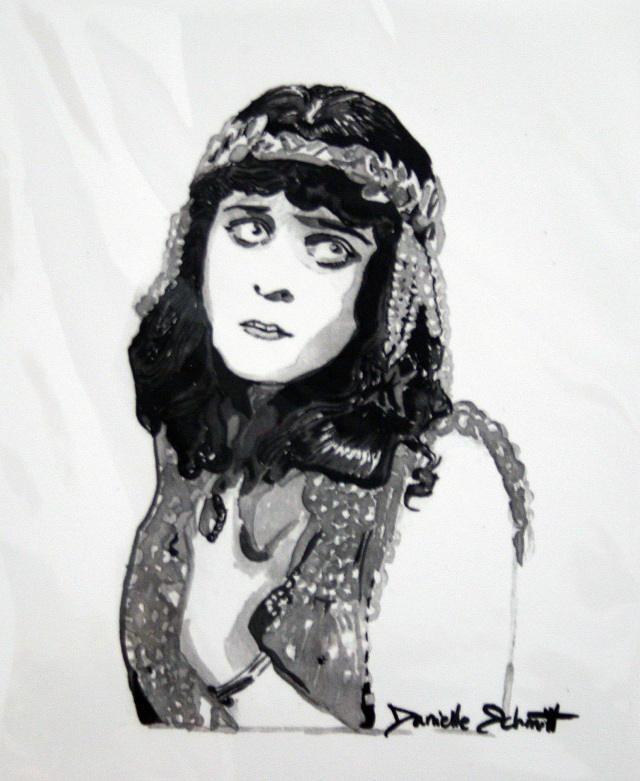 Theda Bara was an American silent film and stage actress. She was one of the more popular actresses of the silent era and one of cinema's early sex symbols. Her femme fatale roles earned her the nickame, “The Vamp”. Bara made more than 40 films between 1914-1926, but most were lost in the 1937 Fox vault fire. Her most famous role in the epic Cleopatra (1917) became one of her biggest hits. After her marriage to Charles Brabin in 1921, she made two more feature films and then retired from acting in 1926, never appearing in a sound film.