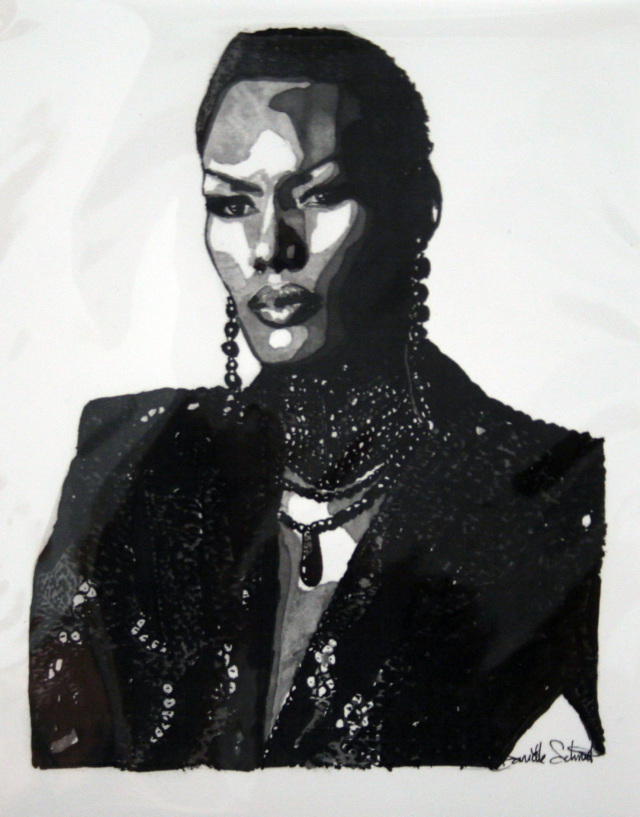 Grace Jones is a Jamaican model, singer, songwriter, record producer, and actress. She began her modeling career in New York state, then Paris, working for Yves St. Laurent and Kenzo and appearing on the covers of Elle and Vogue. She became known for her distinctive androgynous appearance and bold features. In 1977 she started her music career, initially becoming a star of Studio 54's disco scene. In the 1980's she moved towards a new wave style that drew from reggae, funk, post-punk, and pop music. Jones influenced the cross-dressing movement of the 1980's and in 2016, Billboard magazine ranked her as the 40th greatest dance club artist of all time.